Digitization: Energy Suppliers must reinvent themselves

Digitization: Energy Suppliers must reinvent themselves

Energy suppliers and municipal utilities must put their existing business models to the test. The transformation of energy systems and the associated issues such as decarbonisation, decentralisation, digitization, demography and diversification are already being treated as the challenging “5-D issues” in the industry.

A recently published study “Die 5-Dimensionen der Energiewirtschaft” (The 5 dimensions of the energy industry) makes it clear that things cannot go on as before. The companies surveyed also assess the effects of the changes as serious. And more: The five core topics are not stand-alone, but are closely interlinked. Due to the diversification of the business models, the participants in the study attach great importance to the topics of Smart City, storage technologies/control energy, neighbourhood development and broadband/telecommunications. At the same time, however, it becomes clear that many still have no implementation concept, especially in the area of digitization.

In order to enable digitalization in the energy industry, the study identifies intelligent meters as a central component. Real-time data is the basis for new business models.

Lemonbeat Managing Director Oliver van der Mond, who presented the Lean Metering concept of Lemonbeat GmbH at the 19th annual conference “Zähl- und Messwesen aktuell” held in Düsseldorf at the end of January, is of the same opinion. The concept is aimed above all at the market for so called modern measuring equipment (mME) and turns these digital electricity meters, which are installed in common households or are now being installed as part of modernisations, into intelligent measuring equipment.

The electricity meters are equipped with a dual radio technology, which simplifies the reading process and provides the end customer with highly granular consumption data. At the event, van der Mond also called for a new way of thinking on the side of the suppliers. While technology is the basis for new digital business models, companies should be open to a data platform on which third parties can also develop their product ideas. This way all sides could profit. Energy suppliers, measuring point operators, app developers and finally the end customers.

Lemonbeat CEO Oliver van der Mond at the 19th annual conference “Zähl- und Messwesen aktuell” with his vision of a lean solution to increase added value in the energy market. (German language only)

And what does the study say? 45 percent of the study participants see a possible business model as a white label in similar smart home solutions. 55 percent, on the other hand, shy away from the expense of consulting, returns, etc.. What is missing, according to the study, is a “caretaker” for a holistic view of digitization in the company. The reasons cited include scarce capacities and a lack of know-how.

The majority of participants are nevertheless convinced that the success of their municipal utility or energy supply company depends above all on the development of new business fields. On the other hand, 38 percent of the companies are of the opinion that their main business continues to be in grid operation and energy sales.

In summary, it can be said that while the management boards of the companies surveyed attach high priority to digitisation, the majority still do not have an implementation concept. The topic of intelligent electricity meters is predominantly perceived as a task for the entire company and requires a rethinking of the associated possibilities. 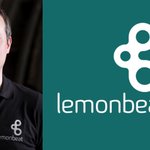 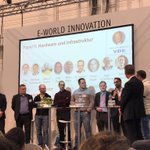